We would like to inform you about the Slovak products that have its long tradition and you should try them or have them.

The glass and crystal has its history in Slovakia. Well- known crystal was produced also in Poltar – a small town in the central Slovakia.

Slovak glass museum (SSM) was opened in 1988 in Lednické Rovné – close to Trenčín.
Its exposition takes place in a nearby-renewed castle from the end of the 16th century (former seat of Schreiber family, the original owners of the glass factory). The permanent exposition of crystal is situated on the first floor of the castle, and depicts the history of the development of Slovak crystal, from its oldest documented time till now.
Close to the museum there is a shop of local glass factory with today’s products.

Delicious chocolate and sweets are produced in Slovakia. One of the chocolate factories is in Nitra. It is producing a Slovak chocolate LYRA MANDALA- that won the GREAT TASTE AWARDS 2014 in London.

Parenica is a traditional Slovak cheese. Parenica is a semi-firm, non-ripening, semi-fat, steamed and usually smoked cheese, although a non-smoked version is also produced. Parenica is cream and yellow in color, which is darkened by steaming. The cheese is produced in strips, which are woven into snail-like spirals.

The name comes from the Slovak word for steaming. Parenica is a protected trade name under the EU’s protected geographical indication.

Bryndza is product of sheep cheese or cow cheese. It is very healthy and protects your bones and heart. 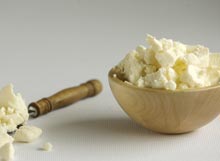 The production of trdelník has a long tradition in the Slovak town of Skalica near the borders with Czech Republic. The original recipe was brought to Skalica at the end of the 18th century by the Transylvanian cook József Gvadányi, a retired Hungarian general. The original recipe was later improved by the inhabitants of Skalica to its final form now known as Skalický trdelník.

For futher info about Slovak products you can read also this article.

What are the Slovak national products?